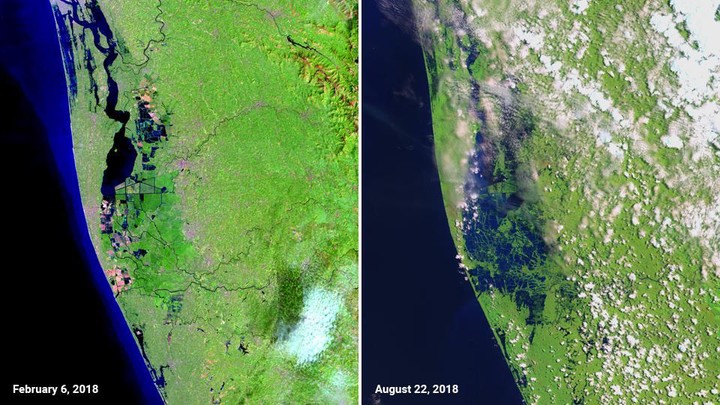 Before and After the Kerala Floods- NASA Earth Observatory (2018, August 22) A Flood for the Century in India.

Hydro-meteorological storms have increased in frequency the world over – floods account for more than half of all natural disasters and more than three-fourths of disaster-related deaths globally both directly, and indirectly through an increased risk of disease, disruption in basic utilities, and interruption of both emergency and non-emergency medical services. Over the last two decades, Asia has experienced major disasters, including the 2004 South Asian Earthquake and Tsunami; the 2005 Flash Floods in Mumbai, India; the 2010 Floods in Pakistan; 2011 Floods in Thailand; the 2011 Great East Japan Earthquake and Tsunami; and most recently, the 2018 Floods in Kerala, India. Of the world’s total population exposed to floods, 64% live in South Asia, where floods have accounted for approximately half of all disaster events.
In August 2018, Kerala received heavier than usual rainfall. Kerala has 44 rivers, 27 backwaters, seven lagoons, over 18,600 ponds, and over 3,000,000 wells. The resultant downstream flooding cause by overflowing dams and rivers caused massive population displacement in a very short period of time, resulting in the evacuation of a million people, and over 3.7 billion dollars in damage. The Indian Army and Navy conducted rescue operations using boats, dive teams, and helicopters, evacuating hundreds of thousands of people. The Government of India released a Rs. 600 crore (approximately 82 million USD) relief package to the state and the Chief Minister of Kerala launched a Distress Relief Fund, to which government staff and civilians around the country donated to fill the remaining aid deficit. Media and on-ground reports have particularly noted the community’s own rescue efforts and resilience in the days after the floods. There are important lessons here, not only for the global community or the local governments, but more importantly, for the communities themselves: What worked, what didn’t, who recovered, who suffered most, and how can they build back better toward a more resilient future?

Rationale for the Study

The 2005 Hyogo Framework for Action, a UN Strategy document for disaster preparedness, provided the impetus for countries in Asia to recognize legislation to support Disaster Risk Reduction (DRR), resulting in disaster-prone countries like India, Indonesia, Japan, and Nepal prescribing policies for disaster risk management. Following a large number of natural disasters from 2005-2015, the Sendai Framework adopted by UN Member states in 2015 further stressed the State’s primary role in DRR, aimed to substantially reduce disaster risk, losses of lives, livelihoods, and health, and economic, physical, social, cultural, and environmental assets. As countries across Asia continue to develop policies prescribing the establishment of in-country disaster risk management, there is a need to address the dearth of large, comprehensive, population-level studies in the immediate aftermath of disasters inform our understanding of both acute and longer-term impact of disasters on the health and livelihoods of the affected populations.
Impact ascertainment in disasters has always been challenging, but when timely and comprehensive, it has provided important actionable data for responders, policymakers and communities. However, given service disruptions and population displacements that often accompany such large-scale disasters, sampling methodologies require high levels of sophistication to be able to provide data with good precision, low uncertainty, and high usability.
To address these needs, an interdisciplinary team of researchers led by Harvard faculty conducted a mixed-methods study to evaluate the impact of the Kerala floods, combining publicly available data, official records, novel data, discussions with key stakeholders and community leaders, and household-based surveys. The study was conducted in partnership with the Kerala State Disaster Management Authority, local academic institutions, civil society organizations (NGOs), and government agencies. All instruments developed for this mixed-methods study will be publicly available, as will the results. 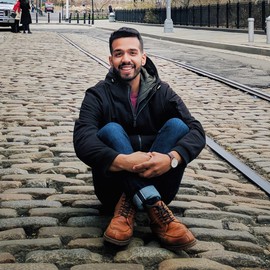